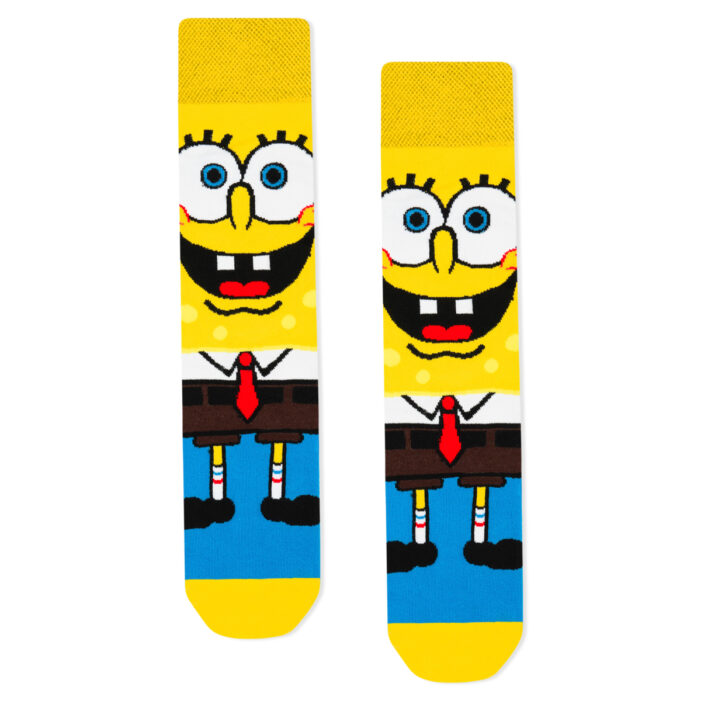 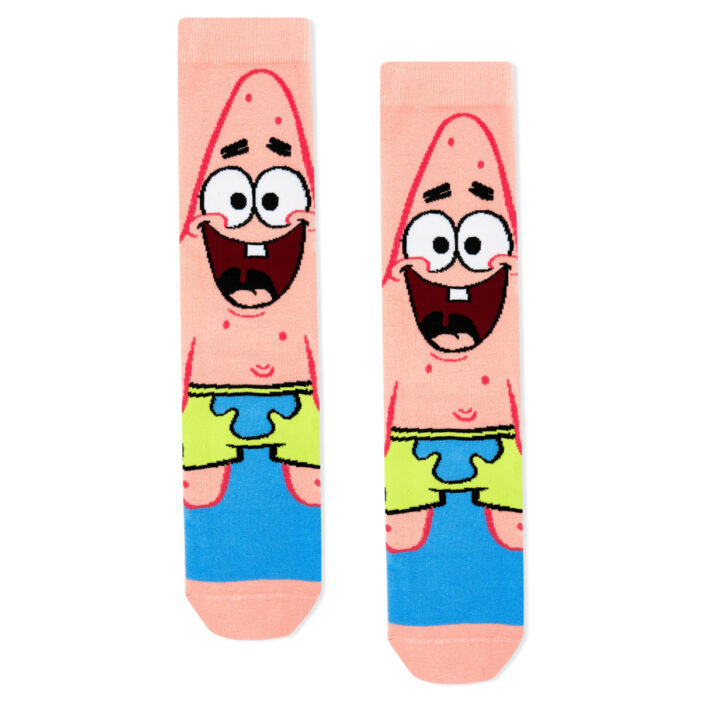 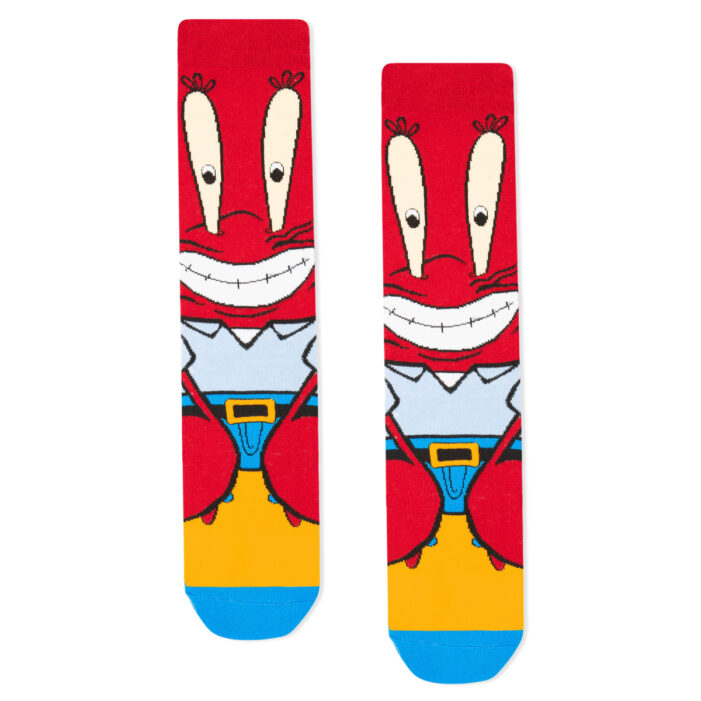 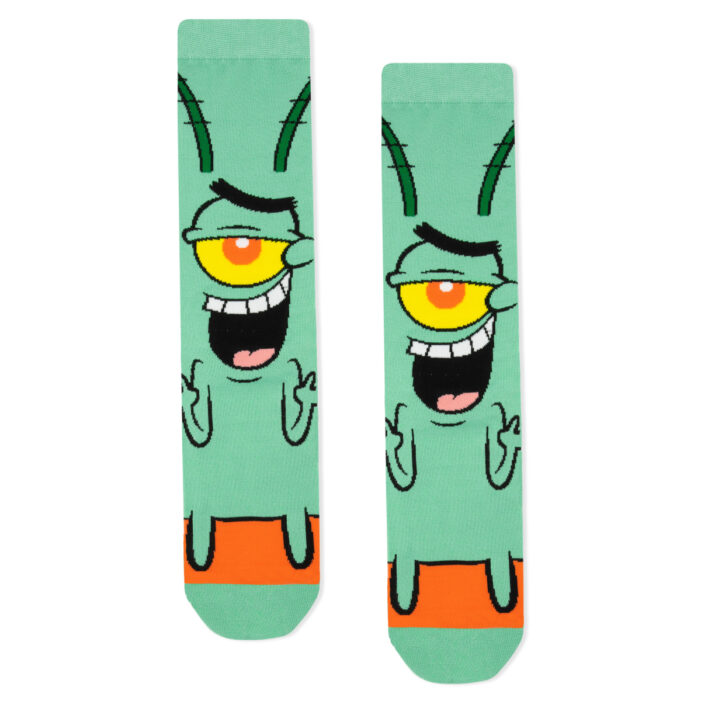 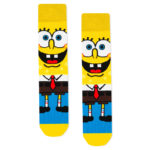 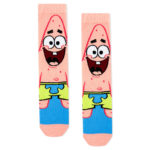 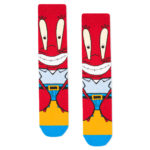 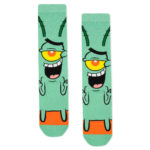 Colourful Spongebob socks to the ankle will surely be appreciated by fans of the cartoon broadcasted on Nickelodeon since 1999. In this collection, besides Spongebob, you will also find Patrick, Mr Crab, Plankton and Sandy and Skalmar as the best characters on the list in the future.

Surely everyone associates the adventures of this yellow sponge and his friends. For this reason, we decided to release a whole series of socks with the image of the Spongebob characters. Although for many people this is a collector’s product, these socks can be worn normally on a daily basis.

Made of durable cotton and elastic polyester, they will last a lot giving you a pleasant comfort known from other premium socks. As with the other socks on Kumplo, we have taken great care to ensure that these socks really do look good.

Because they are long and colourful they are spectacular in nearly every outfit. Appreciated by many cartoon viewers, the socks were unanimously recognised as the best unofficial socks in the Spongebob series. 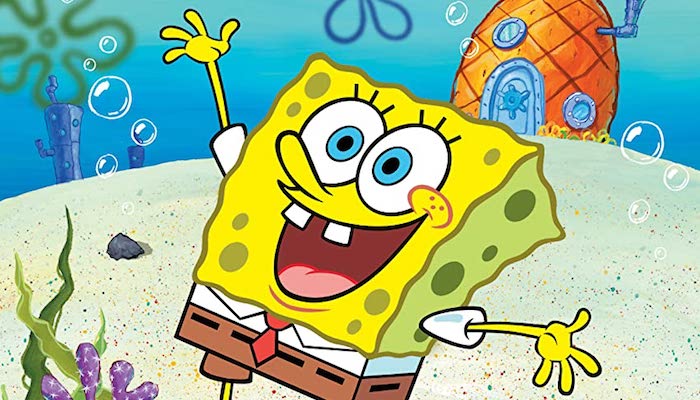 The 12-season children’s cartoon produced by Stephen Hillenburg is the fifth longest-running series in America. Spongebob SquarePants also is known as the Yellow Sponge is an animated comedy series from the USA, broadcasted on Nickelodeon since 17 July 1999. The series tells the story of underwater adventures of the title character and his friends in a city called Bikini Bottom. The main place of action is SpongeBob’s pineapple house in which lives together with snail called Gary, located right next to his neighbour Squidward Tentacles.

The main characters of the series are (in order of importance) Spongebob SquarePants, Gary, Patrick Star, Squidward Tentacles, Sandy Cheeks, Mr. Krabs, Plankton, Karen. Although the cartoon has been very successful on television, it has also had three film premieres in the cinema. The first of them took place on 19 November 2004 under the name The Spongebob Movie. Of course, as with many popular cartoons, SpongeBob Squarepants has had many successes and received numerous audience awards including 17 Kid’s Choice Awards.

The main character is a very optimistic character with childish energy, which cannot be disliked. Spongebob works as a cook in a restaurant called Krusty Krab. This is a famous Hamburger bar managed by Mr. Krabs, which is very sneaky and still competes for the title of best restaurant with Plankton. Yellow Sponge’s favourite pastimes are “Jellyfishing” and blowing bubbles together with his best friend Patrick Star.

What are they made of?

Like most of our products, these socks are made of 65% cotton and 35% polyester to ensure air permeability and stretch when used.

How long are these socks?

The socks with Spongebob are long, it is 37 centimetres (14.50 inches). It is worth noting that these socks are almost to the ankle so they are more suitable for shorts and low boots. Despite their long size, they fit practically on most men’s and women’s feet so we sell them in one size. However, this size may not be suitable for some children.

How to wash these socks?

To keep the colours of your socks vibrant, we recommend washing them at low temperatures (up to 40 degrees Celsius). If washed correctly, your socks will stay in good condition for a long time, which will prolong their use. Do not add bleach or iron them to prevent damage.

Do you also have ankle socks from this series?

Yes, due to the fact that not everyone likes long socks in our offer you will also find ankle socks with Patrick from the Spongebob cartoon. They are a bit different because we made them in retro style and white colour but they have already found many fans. We think you’ll like them too. 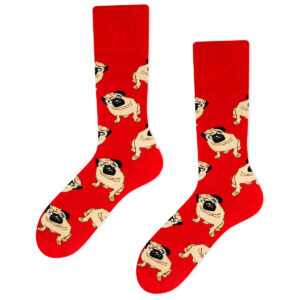 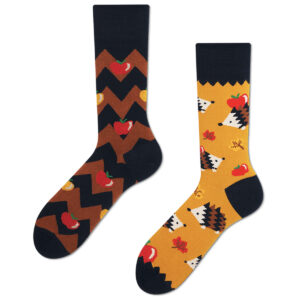 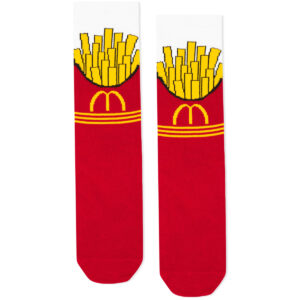 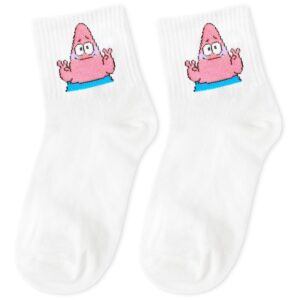